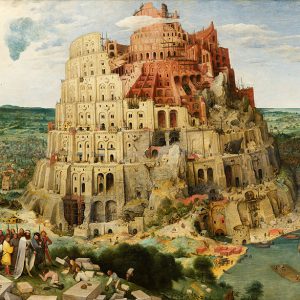 The problem of language difficulties has been with us since the construction of the Tower of Babel and shows no sign of going away. We have all, I’m sure, experienced difficulties when abroad – when you just can’t make yourself understood to a waiter or someone with an imperfect knowledge of English so that we end up throwing our hands in the air and saying ‘He’s from Barcelona’, or the results of our own efforts to learn a language when we end up sounding like the British agent posing as a French policeman in ‘Allo, allo’ and saying ‘Good moaning’ when we mean ‘Good morning’. Even when one makes a substantial effort to become proficient in a language it is so frustrating when you ask them a question in that language and, perhaps trying to be helpful, they answer you in English ! 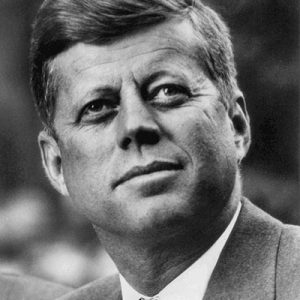 There have of course been celebrated examples of mistranslations which cause great amusement. Had President Kennedy said ‘Ich bin Berliner’ he would have meant what he intended to mean ‘I am (in terms of the brotherhood of man) a citizen of Berlin’. Because he actually said ‘Ich bin EIN Berliner’ he in fact said ‘I am a doughnut’ !

Then there have been mistranslations by interpreters. President Carter said that he wanted closer links with Poland in terms of trade and friendly relations but according to the interpreter, he said ‘I desire the Poles carnally’ !

Sometimes things have a special meaning in one language but not in others. Foden lorries which used to made not far from here started to export to Portugal but finding out that Foden meant something very rude in Portuguese had to change their brand-name to Poden to supply that market. Poets must have had a field day !

Then there was the incident in the European Parliament when a delegate from Normandy, frustrated that the debate was going nowhere, advocated using some of the solid common sense that his part of the world is renowned for. But when he used the words ‘Il faut que nous suivons la sagesse Normande’ there was a ripple of laughter from the British members when the interpreter translated it as ‘It is necessary to follow Norman wisdom’ !

So much for amusement, but when we get down to serious things, the problem is still present. Now, whether you believe in the literal truth of scripture or see it as a series of allegories is not the concern of this Society.

The Bible is an eclectic book in that it admits to having had many authors over many centuries and is a mix of volumes concerned with doctrinal matters, history and prophesy.

The language sources are also very divers. The words of Christ for example were spoken in the language He spoke, which was Aramaic. It’s not a dead language there are people in the Syrian Highlands to this day still speaking it. Even where we presume the Hebrew language to have been used, that will have changed and developed over the centuries. In our own lifetimes the word ‘gay’ has taken on an entirely new significance. We are considering a period of several thousand years ! In Kosher lodges it is customary to give the words of the Third Degree as, instead of MBMB, as MHBHBM. A Jewish brother once confided in me ‘They are trying to be too clever; that form of Hebrew did not exist when the events being considered were supposed to have happened’. 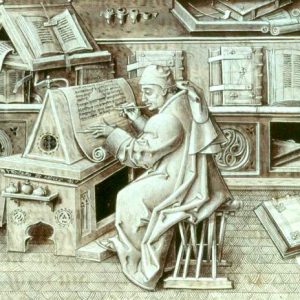 Indeed, Fratres, what is a Bible ? There was no such thing until the Protestant Reformation, which coincided with the introduction of printing presses and allowed the Scriptures to be widely disseminated and read in the language of the reader ! Books of the Bible obviously existed; a Canon of Scripture had finally been agreed at the Sixth Ecumenical Council, at Constantinople in 680 AD. Some books had a lot of trouble being accepted – principally the Book of Revelation but also the Epistle of Jude and the Second Epistle of Peter. The Books of Moses were held on scrolls, just as they are in Synagogues today, the central part of the service being when the Ark (effectively today nothing more than a bookcase, but a reminder of the Ark of the Covenant) is opened and one or more scrolls are solemnly carried up to the Bimah for a reading of the Law. Sticking with the Jews for a moment, let’s remember what we hear in the Royal Arch, ‘For the word of the Lord was precious in those days, there was no open vision’. The Book of the Law was not even available to the ancient Hebrews, they were reliant on the Scribes interpreting it for them.

In churches, the Gospels would be held together in one book and then in the Orthodox Church there would be the Apostolos, containing the Epistles and other things pertaining to the mission of the Apostles. There would also be volumes known as the Menaion, the Triodion and the Pentekostarion, containing various segments of the Old and New Testaments.

Fratres, I’m sure by now you can see the point I’m driving at. The words in these books were spoken and the deeds reported were recorded in Hebrew, Aramaic and other languages. There is no doubt great care was taken in translation. For example, when Hebrew Bibles were first produced the proofreading was entrusted to non-Hebrew speakers so that they would not be put off by what they read – because they couldn’t understand it – but would concentrate on the validity of each character and hieroglyphic they were transposing. But that is only the start of it !

From Hebrew and Aramaic, the Scriptures were translated into Greek, the major language of the Ancient Mediterranean and of the educated classes. Then of course from Greek they went into Latin. That was what Luther translated into German, ignoring the Sixth Ecumenical Council and  following the Jewish Canon of Scripture of 100AD, then grafting the New  Testament on to it. The Jews did not like the Books of the Apocrypha because they prophesied of Christ, Luther didn’t like them because they didn’t agree with his beliefs in things like Prayers for the Dead. Doubtless the Orthodox and Roman Churches rejected things because they didn’t suit their way of looking at things.  Charles Taze Russell, founder of the Jehovahs’ Witnesses, put his own slant on Biblical teachings, claiming he was qualified to do so, but then admitted under cross-examination in court that he knew no Greek and less Hebrew ! Joseph Smith, founder of Mormonism, had new and different Scriptures miraculously delivered to him by God, which nobody else ever saw. 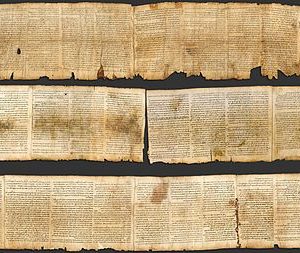 To sum up the problems we have :

Early Greek manuscripts were written in capital letters, with no spaces or punctuation: another source of confusion. To use an English example again, GODISNOWHERE can be rendered in two very different ways.

One can only imagine the possibilities for misinterpretation with longer and/or more complex words.

In concluding this paper, I would pose the question: can we as Christian Freemasons and Masonic Rosicrucians still believe in the Bible as the inspired word of God? I believe the answer is yes and that in the end it comes back to Masonry. In the First Degree Tracing Board we hear ‘On the upper portion of that circle rests the Volume of the Sacred Law, supporting Jacob’s ladder which reaches to the Heavens, because by the doctrines contained in that Holy Book we are taught to believe in the dispensations of Divine Providence,  which belief strengthens our faith and enables us to ascend the first step’.

I believe the key word to be ‘doctrines’ – Fratres, thank you.