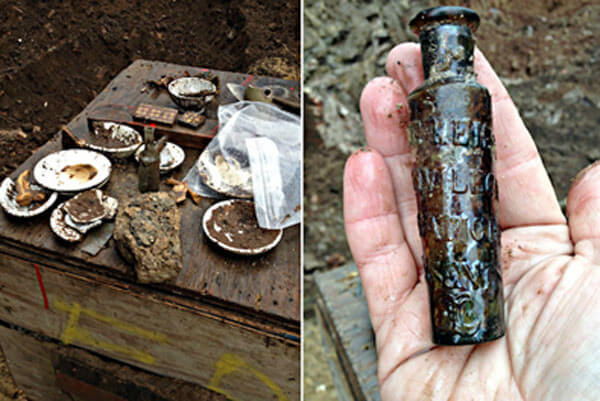 Archaeologists have dug up a 19th-century recipe for fending off death.

During a recent excavation beneath a hotel site at 50 Bowery, Chrysalis Archaeology discovered a tiny, greenish glass bottle that once contained the "Elixir of Long Life."

The bottle found amid a cache of 150-year-old liquor bottles beneath what was once a German beer garden sparked the archaeologists' curiosity, and they decided to hunt down the original recipe so they could try the elixir themselves.

“We decided to engage in our own brand of experimental archaeology,” said Alyssa Loorya, the president of Chrysalis, a company regularly hired by the city to oversee excavation projects. “We wanted to know what this stuff actually tasted like.”

Loorya enlisted colleagues in Germany to help her track down the recipe in a 19th-century medical guide. After they translated it for her, she discovered it contained ingredients still used by modern-day herbalists: aloe, which is anti-inflammatory, and gentian root, which aids digestion. Mostly, though, the elixir was made of alcohol.